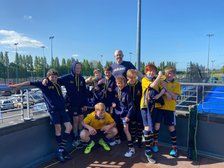 U12 boys at National Finals

Ewan reports on his team, showing Thirsk as a force to be reckoned with.

Ewan was determined to keep his report short but has failed so far - so here goes...There was more then one occasion on Saturday where I stood on the Nottingham Hockey Centre watching the boys play against the best teams in the country and just smiled.
During our first team talk we talked about enjoying what was a celebration of what’s been an incredible season and to just express themselves on the pitch as much as possible. The results will take care of themselves - a cliché but true most of the time.
Thirsk were truly the minnow club in our group with Cambridge City containing one of the largest youth sections in the UK, Old Georgians being the hockey equivalent of Man City for Men’s hockey and Wimbledon being the Liverpool of the EH Premier Men’s & Women’s League. But the boys were up for it. 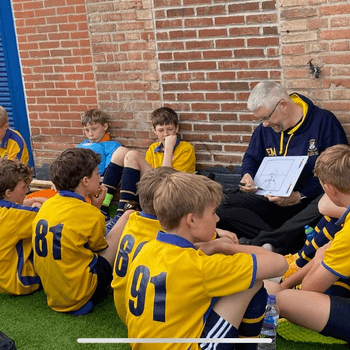